Microsoft Project helps you keep track of everything you need to run successful projects, even when working remotely. Collaborate and work with remote teams anywhere, streamline processes, optimize tasks and resources, engage across different functional teams, keep track of all associated costs, and customize visual reports for actionable insights. Familiar Office tools and pre-built templates allow you to kick off projects quickly to get more done while saving your business time and money.

Microsoft Project is a simple, yet powerful tool to manage work from quick projects to more complex initiatives. With Project, anyone can get started quickly and collaborate with remote teams anywhere 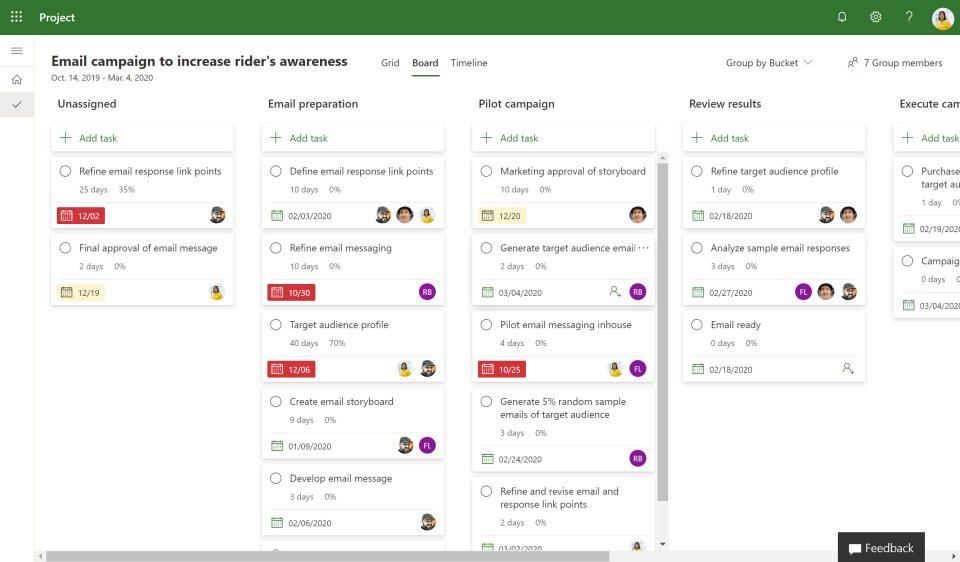 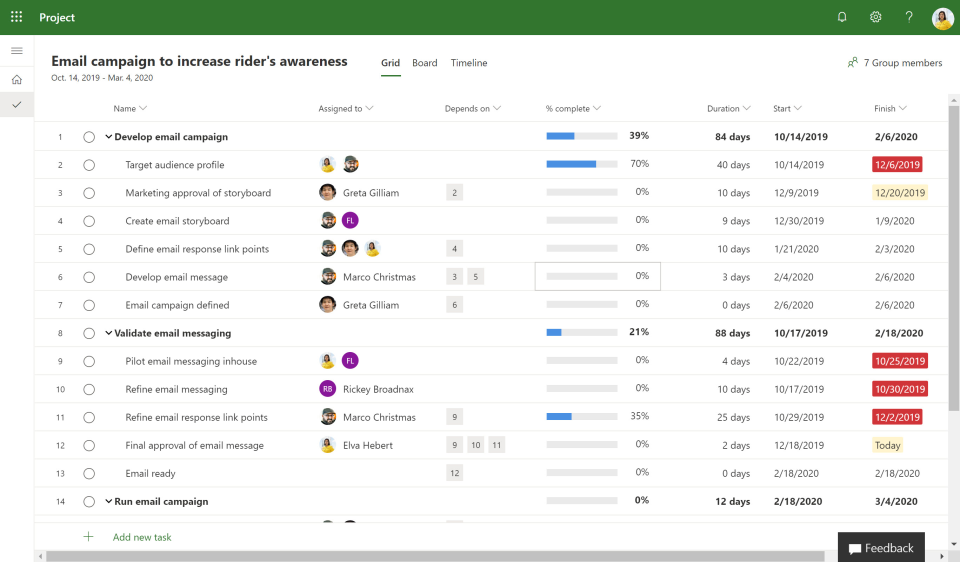 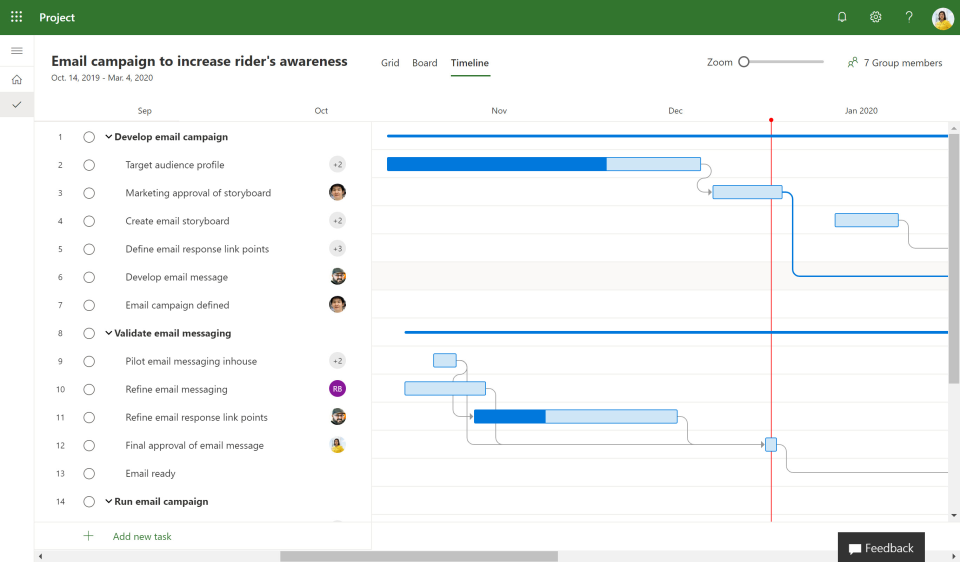 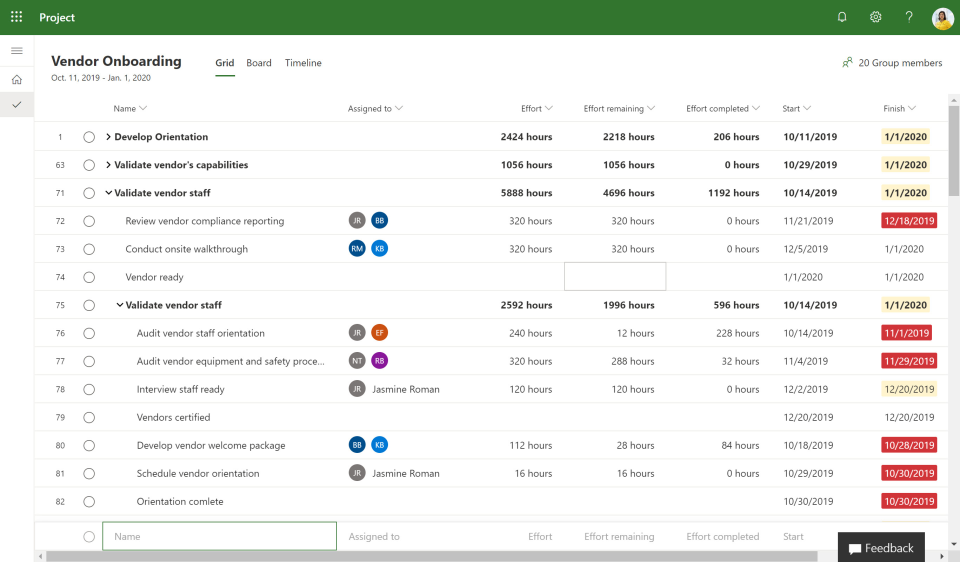 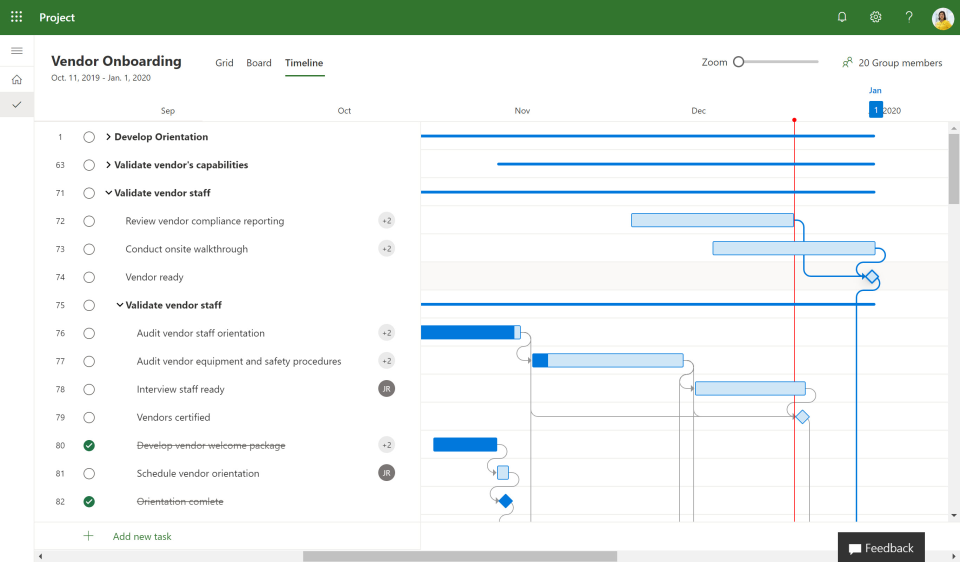 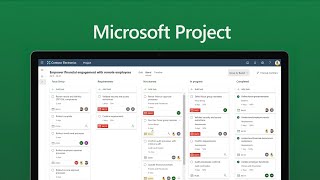 4,7 (16)
Create professional looking Gantt charts in Excel, with this completely automated solution that is super easy to use.
Visa profilen Se jämförelse

Kommentarer: If you need to keep track and record of your activities in a daily basis, this platform is a must have!

I found that this softwares allows me to set, control and track my own activities regarding to every single project

It´s some time hard to understand the process, but once you are into it you can get used to it

Great tool with lots of complexities

Very complex to understand and use, there are not much helpful documentations

Kommentarer: Describe your overall experience with Microsoft Project
this software very usefull for us

A great help in project planning

Kommentarer: When I was first approached to use Microsoft Project, I thought it was going to be a very complicated software to handle. However, I was wrong, in the first days of use I could realize that I was wrong. It didn't take me long to become familiar with its functions and I never felt lost in its interface. I don't consider myself an expert in this kind of software but it still helped me a lot in the planning of different projects. It is also an added value that it is from Microsoft, since it integrates very well with the other office software of the company. Finally, I don't have much to complain about, but I would like Project to be able to be used online on a web platform. I think if Microsoft would add that feature, it would gain even more appreciation from many of its users.

What I like most about this software is definitely its ease of use. When I was first approached to use Microsoft Project, I had already heard about it and had the conception that it was a bit complicated software. However, in the first few days of work I realized that I was wrong. Its interface is very intuitive and that makes even novice users get a good result at work, plus the integration with other Microsoft office products is definitely an addition that differentiates it from its competition.

I have little to criticize this software, as I don't consider myself an expert in this category of software either. In my experience it has helped me quite well in project planning, and I have had no problems using it. But perhaps, if I could ask for an online platform of the software, instead of a desktop software, I think if they add that feature they would make many of their users happy.